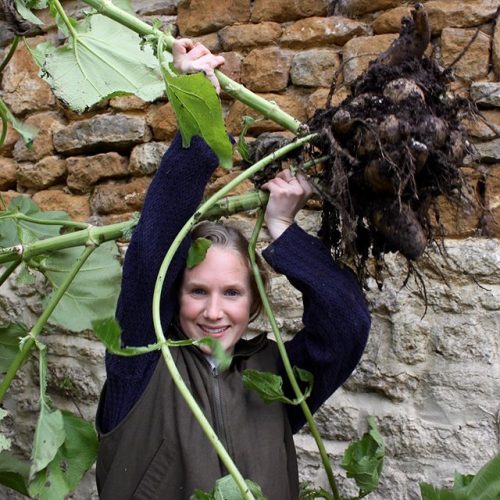 Sometimes, choosing to eat healthily or mindfully can feel like a luxury only for the time rich and, well, rich rich. This is one of the many reasons we created Lifebox, to provide an easier solution to living a balanced lifestyle through delicious healthy snacks.

We all know that it sometimes seems easier to grab something in a small plastic box than to cook from scratch, but what effect does this have on both our mind and bodies?

We are always interested in learning from our peers and the leaders in the industry, and when the founder of G B CHEW, Lucy Ponsonby, wanted to share with us her knowledge about a certain “wonder plant” we couldn’t wait to hear more.

Lucy is a graduate of the prestigious Leiths School of Food & Wine and she began her company from the Green Bean Coffee Van, feeding people with busy and active lives. It was always compact, filling, on-the-go food, which was convenient while out and about.

Lucy believes that snacks don’t have to be full of salt and sugar to be satisfying and wants to spread the word of prebiotic yacon, a Peruvian root vegetable that is great for binding her vegan snack chews! Locals have also been cooking with it for years, thanks to its incredible health properties and versatility.

The yacon plant, a species of perennial daisy which traditionally grows in the northern and central Andes, has been eaten by the people of South America for thousands of years and is known for its sweetness and texture, similar to a pear or potato. The roots are very low in calories as most of the carbohydrate is in the form of indigestible fructooligosaccharide (FOS), which functions as a prebiotic, perfect for nourishing friendly bacteria in your stomach.

Here, Lucy discusses her love for the strange little root from South America…

“One of the most interesting things about the yacon plant is that despite originating in the Andean highlands, they grow really well here in the UK.  Recently, I have been growing my own yacon plants and have had some great success and was pretty excited to harvest our first batch of yacon roots!

After a year of growth, the tallest area of the plants were standing up to two meters high and I had noticed that a little yellow flower had blossomed. Knowing that we were about a week away from our first frost, it was time to get the fork, gloves and bucket out, and start digging under those roots!

Over the past couple of months, I have been showing our homegrown yacon roots – or tubers, as they are more commonly known – to my customers at events and explaining the many health benefits of both the plant and the syrup.

I have tried the yacon many different ways – I have eaten it raw, straight from the ground, I’ve boiled it, roasted it and even infused it into a gin and tonic! Raw, it has a crisp and crunchy texture with a sweet flavour similar to apple. Boiled, the skins peel off easily, ready to chop or mash.

I find the best way to store the yacon plants is in a cool potting shed, where they seem to grow quickly and abundantly. I have planted the rhizomes – which are little bulbs and samplings – into pots to start another year of growth. After a month in pots they will be ready to be planted into the ground.

Something I’m looking forward to trying when they are large enough is making a malty syrup to be used in cooking and both hot and cold drinks.”

If you want to find our more about GB Chew then please visit the website here and grab yourself 20% off when you enter LIFEBOX at the checkout!

Drink Me Chai have put together this blog post about the history of turmeric and its amazing health benefits, including…

Leading the vegan protein scene with former GB swimmers Lee Forster & Charlie Turner at the helm neat-nutrition provide some of the best tasting and professionally crafted, vegan wellness protein on the market.

Weeks 1-12 Hiding vegetables in soup Chicken, broccoli and carrot soup with a parmesan toast Early one January my wife…

Oh, that dreaded summer cold! Don’t be fooled by the warm weather, it doesn’t have to be chilly outside to…

Although healthy snacks are our forte here at Lifebox, we like to take the time to spotlight some of the…

Contrary to those who might try to tell you it’s some hipster fad, kombucha has been around for yonks. Like,…